Afghanistan: How did we get here? 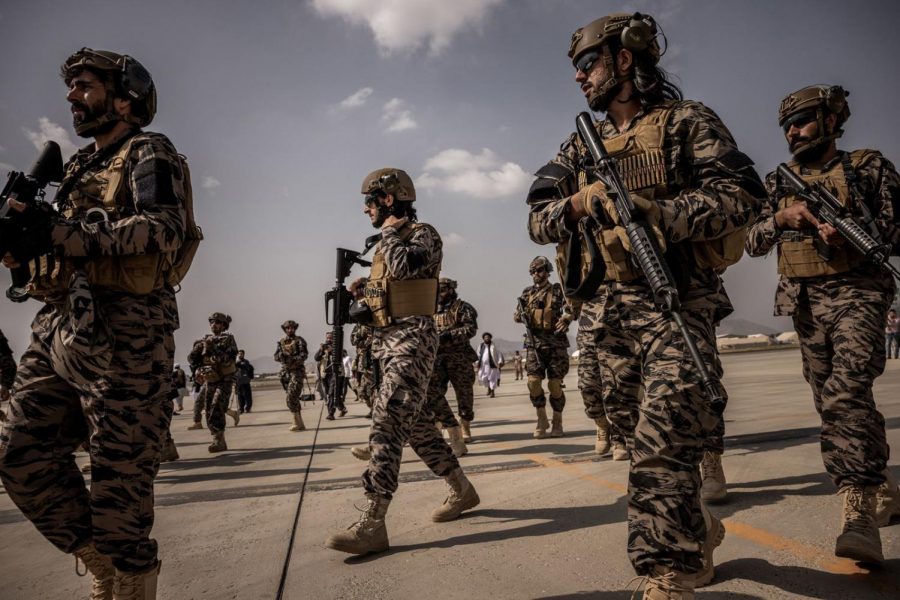 The Taliban fighters at the Kabul airport on August 31, 2021

Confused about what’s going on in Afghanistan right now? Here’s a historical timeline of Afghan and U.S. relations:

1919-1921- British Afghan War. In 1921 The British were defeated in the third British-Afghan war which lasted from 1919-1921. Afghanistan was free over any British rule and had full control over its own affairs and was recognized by the United States as a free country.

1926- Afghanistan Becomes A Monarchy. During 1926 Amanullah ( the former ruler of Afghanistan) declared Afghanistan as a monarchy and claimed himself as the king. The national council of Afghanistan quickly became infuriated with his new policies and by 1929 the king had left the country.

1933- The New King- In 1933 a new king, Zahir Shah came to the throne in a time of anarchy and mass violence. He was able to stay neutral on international policies and stabilized the country for 40 years.

1965- The Afghanistan Communist Party forms- Nur Mohammad Taraki was elected president of the communist group his political ideology was shaped by the communist rule in India and Russia.

1995- The Taliban Rises To Power- The Taliban rose to power while promising peace and stability to Afghanistan after the years of drought and famine. The Taliban took women out of schools and work and while outside they were mandated to be fully veiled and they had to have a male companion while going outside.

2000- The Attacks Planned For 9/11- bin Laden was now thought to be hiding in Afghanistan while he was cultivating his troops in training camps, preparing for the attacks. The Taliban are now considered international terrorists and The United Nations punishes them by withholding all trade from Afghanistan stunting their economic growth.

2001- September 11th 2001- Hijackers took over four American airplanes crashing them into the pentagon, world trade center towers and a field in Pennsylvania killing thousands of U.S. citizens, firefighters and policemen. It came to the U.S attention that Osama bin Laden was a prime suspect for these attacks.

October 2001- The United States and Britain attacks Afghanistan- Following the attacks on 9/11 the U.S and one of its allies, Britain launched airstrikes on Afghanistan on October 7th 2001. These bombs were dropped on targets where large groups of the Taliban army were known to be placed.

November 2001- The Taliban retreats- Following the airstrikes the Taliban soon starts to lose its power over Afghanistan and the troops flee to Kandahar, south of Afghan. The United Nations sent forces to Afghanistan to promote peace and stability.

May 2011- The Al-Qaeda leader Osama bin Laden was killed on May 2 in Abbottabad, Pakistan.

February 2019- U.S And Taliban Sign A Peace Deal- President Trump signs a peace deal with the Taliban stating the U.S. forces will be pulled from Afghanistan by May 2021. The deal was soon called off when a U.S. soldier was killed in a Taliban attack in September 2019, however President Trump still stated plans to remove troops were coming.

April 2021- Biden Announces To Complete Troop Withdrawal By September- Biden announced in April to pull out from the longest war that the United States has ever endured. His main reasoning to pull out was because of the trillion dollars spent for the war and the thousands of lives lost.

August 2021- Kabul Bombings- Two suicide bombings occurred on August 25 outside of the Kabul airport which killed 169 Afghans and 13 U.S. troops. The group responsible for this attack goes by ISIS- K an affiliate group for ISIS.

August 2021- The End Of The Afghanistan War- On August 30th the last U.S. troops headed back to America ending the 20 year long war.